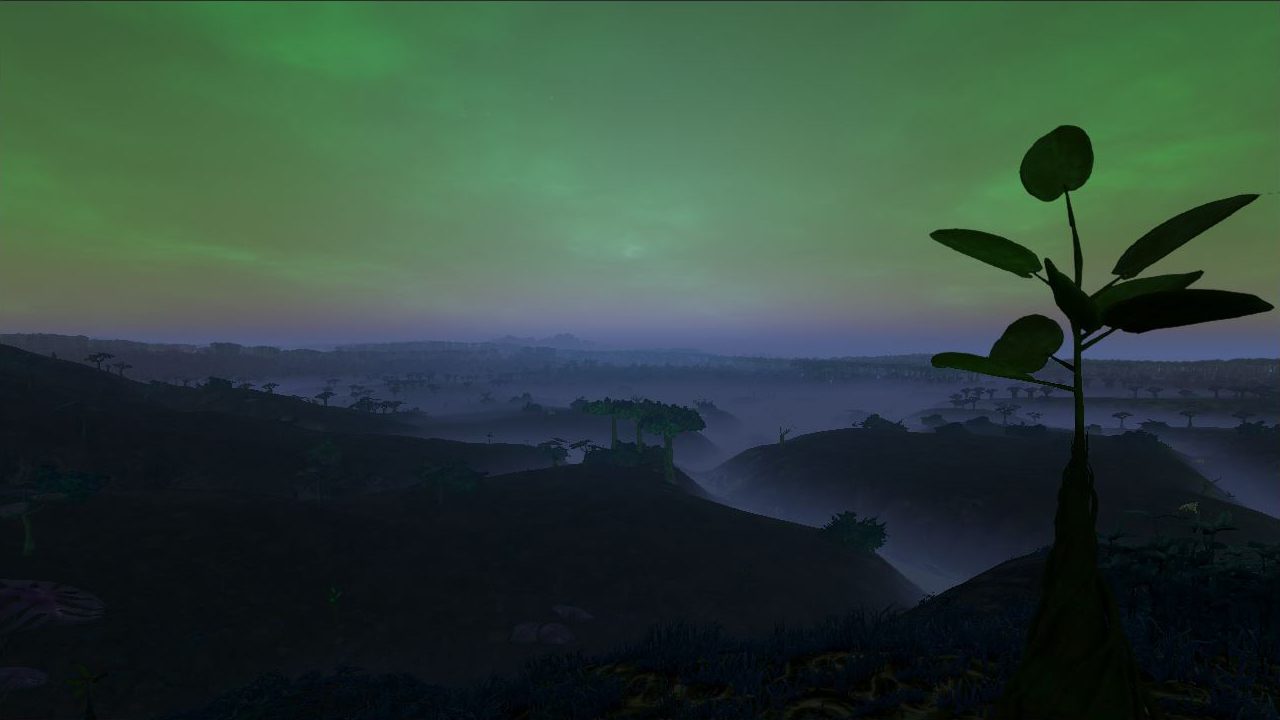 Welcome to the third installment of Alpha 10 Experimental, where we added even more new stuff for your enjoyment! This time we introduced a highly requested balancing parameter for shields (recharge delay when the shield is hit) and a hotkey to activate / deactivate the shield. In addition, we added a first batch of new window shapes (Heavy Windows for testing), as well as more variants for doors and shutters.

Moreover, the new blockshapes menu can now be configured with less hassle: We renamed all the internal ‘key names’ that are used in the config file. Now, you simply need to skip the blank of the localized name. If you want to add ‘Ramp C Low’ to a slot, simply use ‘RampCLow’ - and so on. You do not need to dig through the Loca file or other configs anymore!

Please check the Experimental forum for our feedback threads where we are now asking about your ‘Basic Shapes’ (or ‘Favorite Shapes’) recommendations:
https://empyriononline.com/forums/experimental-features-discussion.35/

One word about the current development plan since some of you asked how long the Experimental phase will still last. At the moment, we do not yet have a fixed release date for the A10 public release other than early-to-mid June. We plan to stick with the major EXP update at least once per week until we think the Experimental version is ready for release - or the feedback given indicates that some features might require a bigger player base, while all the breaking bugs are solved.

Thanks in advance for your dedicated help! Please keep reporting bugs in our bug forum and please revisit issues that you had and bump threads if they are not solved, although listed as solved in the changelist below: https://empyriononline.com/forums/bugs.34/

Shield Update:
- Add 5 sec “recharge delay” (cooldown) for shields, each time the shield is hit. This will reset the regeneration countdown and prevent recharging as long as the shield is ‘under fire’. 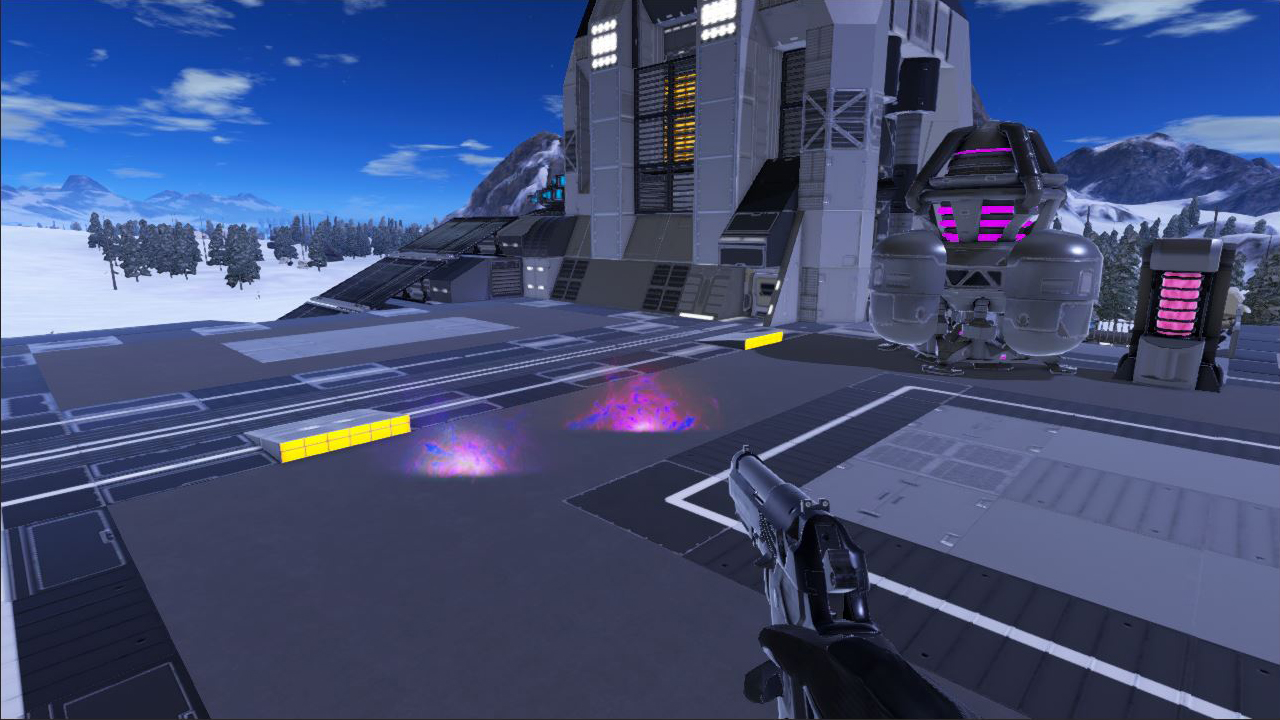 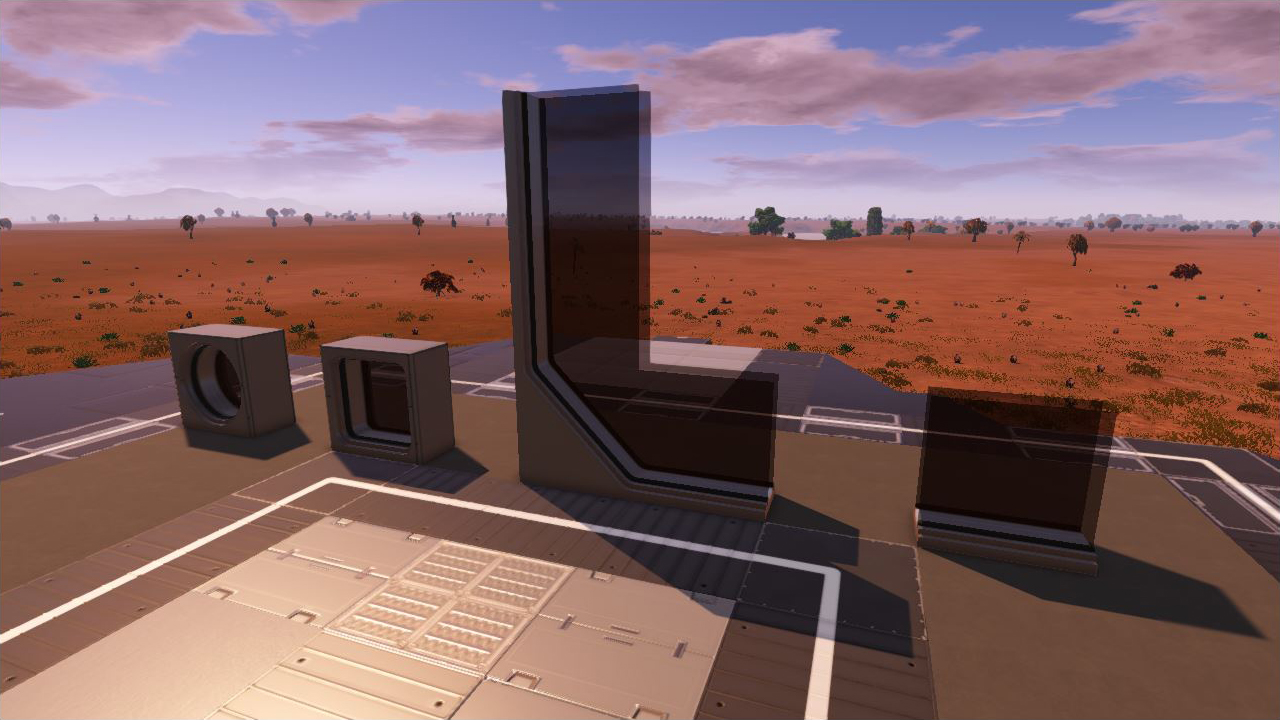 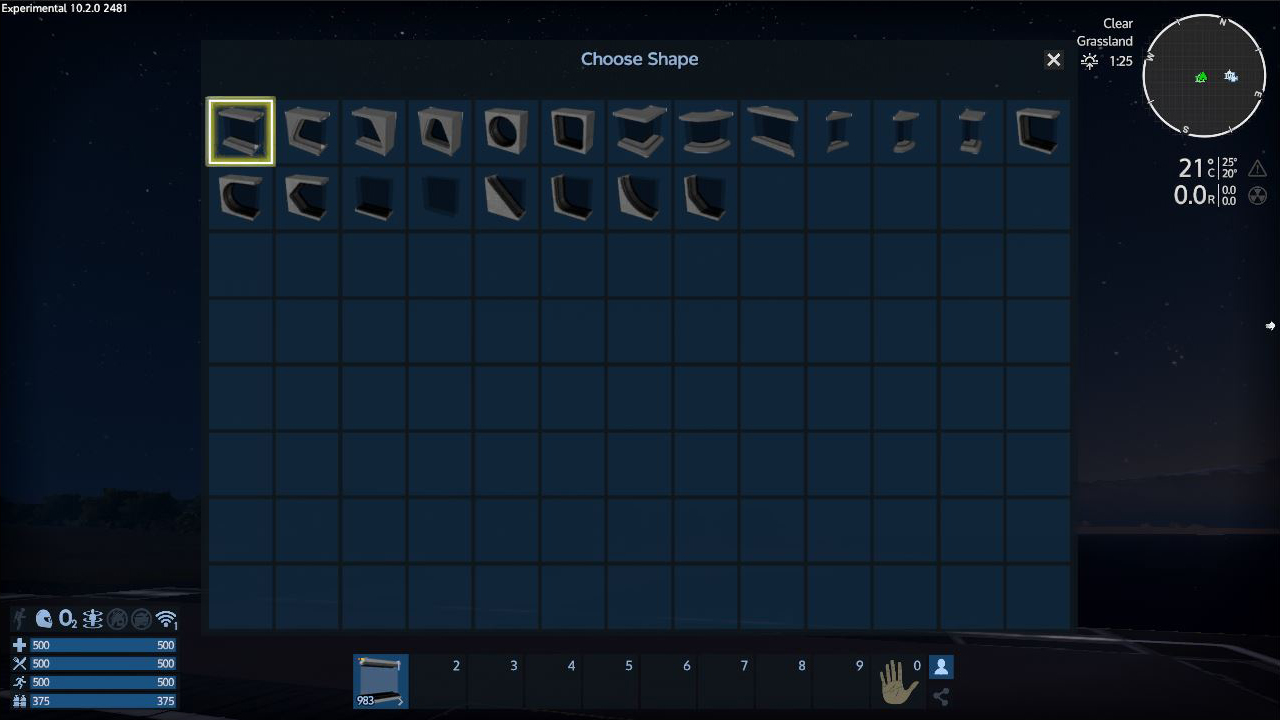 Block Shapes:
- Renamed many block shapes for consistency (no impact on save games)
- Added "Basic Shapes" tab in shape window 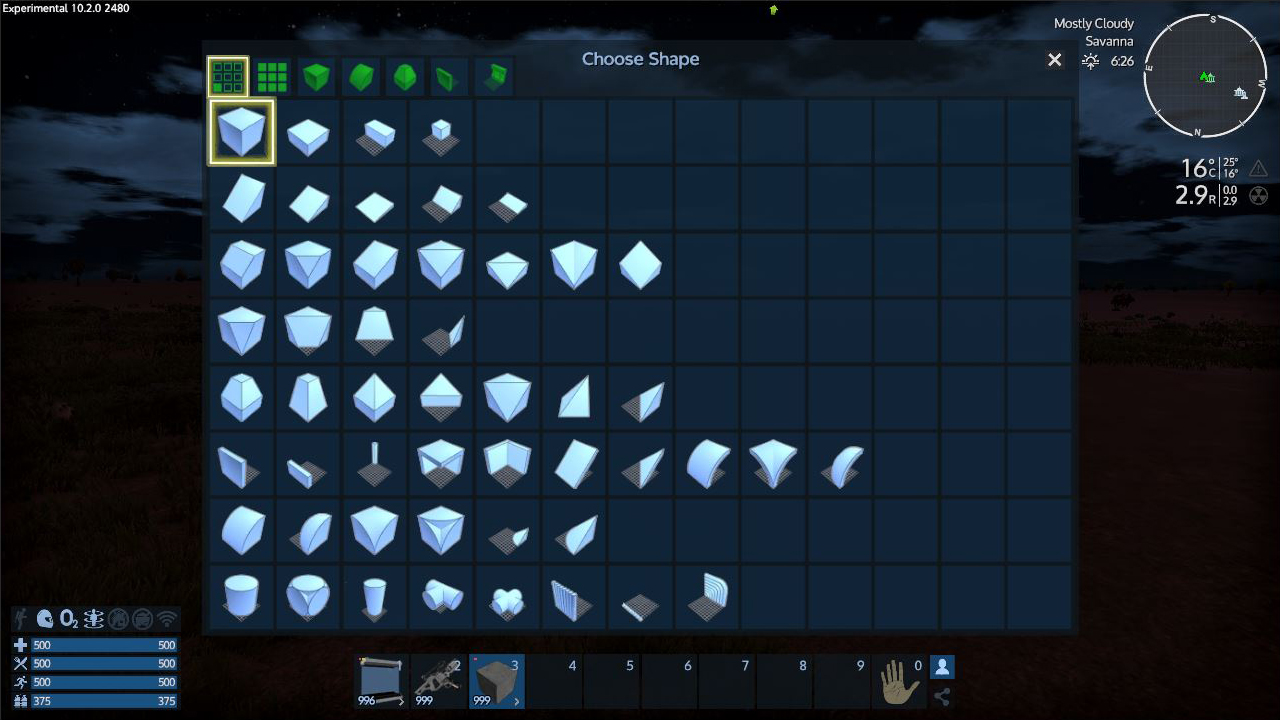 Gameplay:
- Auto level player when near water line to avoid being in an in-between state above/below water 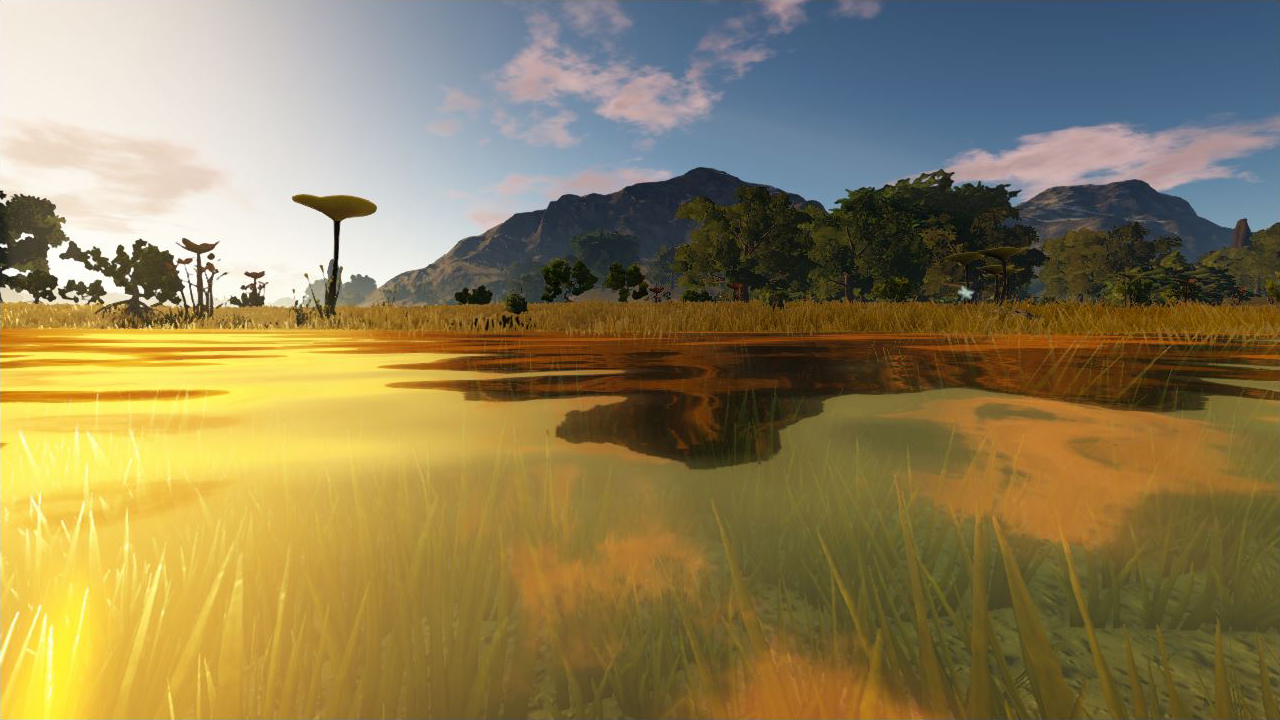 Config.ecf Update:
- Renamed some hangar doors for consistency (now their internal names indicate their size)
> Config.ecf has to be adapted (increased number to 6)

Changes:
- Reduced attack damage of Alien Bug 02 (also slightly for 03 and 04)
- Driller: outputting bedrock and indestructible message also when drilling with HV
- Changed new chat's internal command prefix from '/' to ':'
- Drilling: added message when trying to drill bedrock or any terrain layer that is too hard for the driller
- Temporarily disabled Ocean Planet in random scenarios (until playfield is better optimized)
- Updated several POIs with better offset, terrain removal or flatten settings

Modding Changes:
- Changed: New ModApi is no longer a static class but an instance of the new interface IModApi, new mods need a class that implements IMod (analogous to the former ModInterface)
- Playfield server now also operates mods (independent of EAC usage)
- Moved chat message functionality from IGui to IApplication since IGui is only available in client mods
- Delivering the mini DemoMod no longer as zip (you should delete Content/Mods/DemoMod.zip) but as a folder with files
(however, the mod dll is configured as inactive - see DemoMod_Info.yaml for details)
- Improved documentation
- Old ModGameApi no longer sends the temporary 'Event_ChatMessageEx' event, please use the new ModApi event
(for some time there's still the classic 'Event_ChatMessage' which tries to map the new chat data fields to the old structure)
- It's now allowed to place more than one dll in a mod folder if the corresponding xx_Info.yaml files exist
- Added dedi demo mod (in addition to client demo mod)
- Added IPlayfield.IsPvP, IStructure.IsPowered and IPlayer.SteamId