The second Experimental Phase for Update 1.9 is here! Besides improvements and bugfixes, there are some new things that we ask you to put through their paces.

We have adjusted the AI in two areas. First, AI factions can now fight other AI factions directly when they meet in a playfield.Secondly, we have created a first technical measure that AI fighters can now actively call their comrades for help. We will continue to expand this in the future.

As a second important point, there are some important changes in the area of handheld weapons, where there was a lot of overlap: It was not clear what was the difference between a "Rifle T1", "Rifle T2", "Pulse Rifles T1 and T2" and a "Laser Rifle", apart from the pure damage. For this reason, the previous model of Tiers, where there was a "T1" and a "T2" version for multiple weapons, was discarded.

Now, each weapon has a distinct behavior that sets it apart from the others. We also added new weapons (SMG, Laser SMG and Laser Carbine) to the available roster and took the opportunity to tweak some of their sound effects.

Last, but not least, we took another look at the Sprint function and added an additional Boost function. Press Shift 2x and you will sprint faster for a short period of time!

Please check out our feedback forums and use the pinned threads:
https://empyriononline.com/forums/experimental-features-discussion.35/ 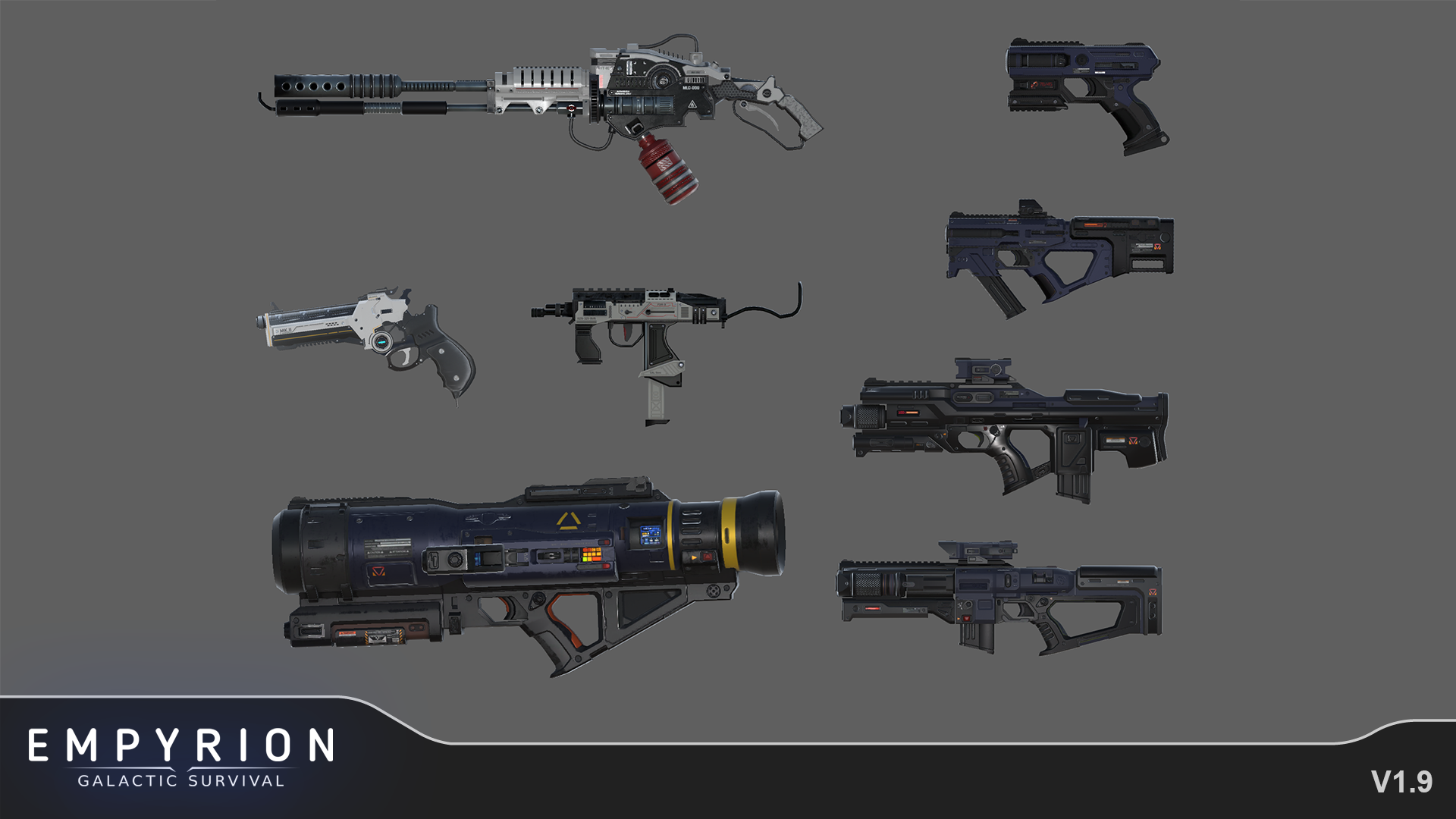