Hi Galactic Survivalists!
The public release of Alpha 12 is coming closer. For those that asked: Expect it to happen around mid of june! No liability assumed, of course :D 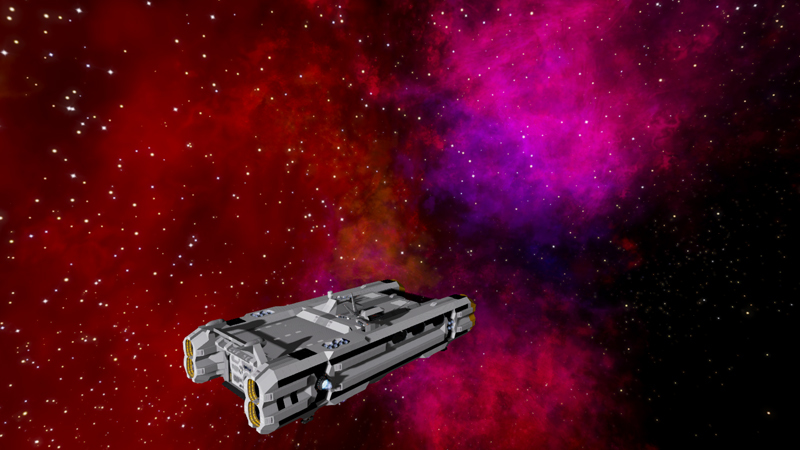 That being said, Experimental Phase 5 is adding one of the last features, related to the new galaxy: the Station Services.

Station Services will allow you to refill fuel and pentaxid, restock your ammo, repair your vessel or fast-charge your shields in exchange for credits. For testing how this will work, visit the Polaris Trading Station on the Temperate starter planet. When in range, open the Control Panel (P) and find the new tab ‘Station Services’.

Keep in mind this is a new feature addition. The pricing will change. We also plan to add the Station Services to more planetary and orbital structures until the next phase.

For now, let us know what you think: https://empyriononline.com/threads/a12-exp-station-services.93655/ :)

We have of course also worked on the galaxy, the stars, nebula - which are now part of the orbital skybox as well! - and bugfixes. ;)

When in range of a station (300m) which has the station services enabled, open the control panel of your vessel (P) and find the new tab 'Station Services'. You can buy and refill fuel, ammo and pentaxid, as well as repair your ship (repair-2-template!) and quick-load your shield - in case you have the required credits. The availability of station services (and which services are offered) can be set individually for an orbital or planetary POI in the playfield_static.yaml PROPERTIES entry. The pricing is taken from a new parameter, set in the ItemsConfig.ecf. This base pricing can then be further modified by factors in the playfield_static.yaml file.

The station services can be tested at the Polaris Trading Station on the Temperate starter planet. You can also find a setup example in its playfield file! 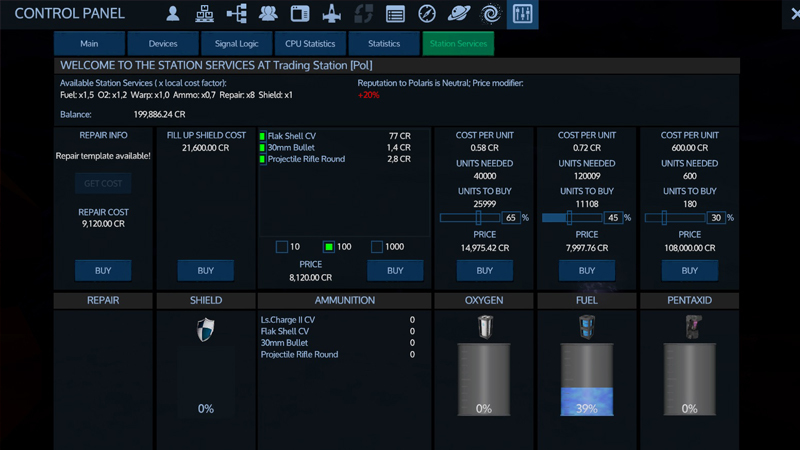 BUGFIXES
Click here for the source of this article RSS Feed